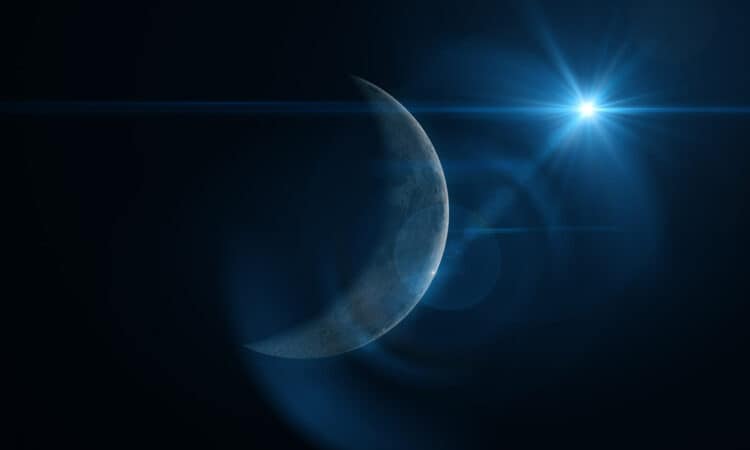 New Moon When? And what do we know about the influence of New Moons?

The Man in the Moon

It was a lovely evening. Night was out hunting on her black steed, and the long cloud mane fluttered on the wind. I stood at my window watching the Moon. Is there really a “Man in the Moon?”… When I was little they told me that the Moon was a fruit, and that when it was ripe, it was picked and laid away, amid a vast collection of old Full Moons, in a great bureau, which stood at the end of the world, where it is nailed up with boards. ~Heinrich Heine, “The Hartz Journey” (1824), Pictures of Travel, translated from German by Charles Godfrey Leland, 1855 ~

What is a new moon?

A new moon is the name of the first lunar phase, at a point where the Moon and Sun have the same ecliptic longitude.

How many new moons are there annually?

Most years have 12 New Moons, 1 each month. But, the calendar that we use is not exactly in step with astrology, so some years have an extra new moon.

What are some other names for New Moons?