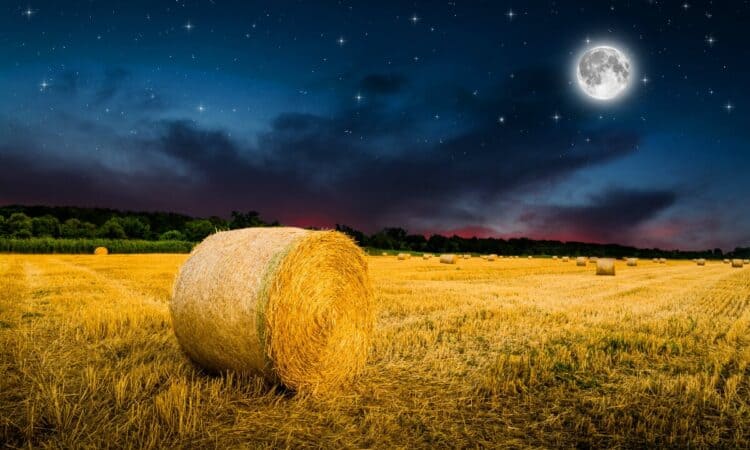 September 2 – 2020 – Full Moon – There’s a Full Corn Moon on it’s way. This September Full Moon will rise late-night on September 1st and appear in its full glory on September 2nd. It will be taking place in the dreamy and emotional realm of Pisces, located within the Constellation of Aquarius.

This Full Moon in Pisces may find you drifting and dreaming. These Full Moon vibrations could have you more concerned with the thoughts that are dancing through your head than the realities of everyday life. Realistic daydreams show us what might actually be possible for our lives. Also, fantasy-based daydreaming gives people the pleasant experience of enjoying a mental reward without any effort. It’s always important to have a balance.

A Full Moon in Pisces can give you feelings of sensitivity. But you are also experiencing insecurities, of being passive, and you are just waiting to see what happens next in your life. When your only goal is to make it through another day or make it to the weekend, that is a massive portion of your life that you are throwing away. Walking, jogging, hiking and bike riding outdoors are all important forms of physical activity, and are important for your mental health as well as physical.

Get a full Tarot Card reading now from Pundit Pete!

A Full Moon is the phase of the Moon when we tend to be incredibly sensitive people that have been gifted with a sharp intuition. Our sixth sense is so strong at this time that we often display psychic abilities, and are prone to having prophetic dreams and picking up on things around us that others might miss. Dreams are a portal, and the more acquainted we become with this subconscious realm, the more easily we are able to access the full spectrum of our psychic gift.

Although the September 2nd Full Moon is in the Sign of Pisces, it lies within the Constellation of Aquarius. Aquarius is a bit rebellious, so when the Moon is in this sign you may feel an urge to make a break with the past. Be careful to not cut your losses too soon, or plunge into new things before you’ve fully investigated them. Despite feeling confused, relax as everything is going to work out fine.

Folklore and Mythology of the Full Moon

This Full Moon was known by early Native American tribes as the “Full Corn Moon” because the corn is harvested around this time of year. The astronomical seasons do not match up with the lunar month. Therefore, the month of the Full Corn or Harvest Moon varies. Usually, it occurs in September.

Create a sacred space with candles and sage smudging. Burn sage in a safe bowl and use a feather to fan the sacred smoke. Then place a large water-filled bowl in front of you, in the middle of a table. This can be done inside or out, with friends or alone. Place a floating candle into the bowl. Declare what you want to release under this Moon. Allow the candle to keep burning in the bowl as a symbol of the letting-go process.

Fear of change, Grief, Shame, Releasing a job, Ending a relationship and the energy attached to it, Belief that you’re not good enough, Comparing yourself to others, Worrying about money, Clinging onto things, Fear of success, Letting go of the need for approval from others, Fear of criticism and judgment, Old beliefs that are no longer serving you.

Secret Serendipity and the Power of the Universe!