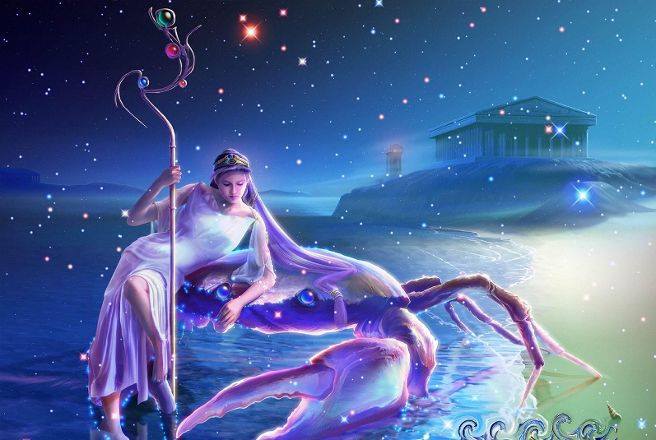 Historical Side of Capricorn

Historical Side of Aquarius

Saturn and Pluto are two of the more feared planets in our solar system and in January, 2020, they’re meeting up in the Zodiac. Saturn is about limits and obstacles to be overcome. In contrast, Jupiter involves expansion and optimism. Both planets have rulership over how societies are organized.

January 4, Quadrantid Meteor Shower – This first Meteor Shower of the year occurs today, when the Earth’s orbit passes through particularly dense streams of debris, associated with comets and asteroids, which have vented particularly large amounts of solid material to space. Expect to see about 80 meteors per hour in this Meteor Shower, but there could be as many as 200. Meteor showers can bring to your life, a combination of chaos and unpredictability as well as hope and light that guides your path. They are a sign of unexpected events in your life, so prepare yourself for change. When you watch every meteor fall, think about which positive changes you would like to see in your life, then do your best to make them happen.

January 10, Full Moon in Cancer – Most Full Moon names which we consider traditional, date back to Native Americans of North America. The Full Moon in January is the Wolf Moon, named after howling wolves, which may stem from the Anglo-Saxon lunar calendar. The wolf has the ability to endure the brutality of the cold very well. January’s other names for its Full Moon: Moon After Yule, Old Moon, Ice Moon, and Snow Moon, Cold Moon and the Great Spirit Moon. We all know we should think positively as much as possible, but during the Full Moon, we’ll have a wind at our back. Your positive thoughts will be energized and multiplied.

January 10, Penumbral Lunar Eclipse – A Penumbral Lunar Eclipse occurs when the Moon passes through the Earth’s partial shadow, or penumbra. During this type of eclipse, the Moon will darken slightly, but not completely. Eclipses are like the cosmic helping hand of the Universe, like a Universal hand that reaches down from the heavens and puts you where you need to be. The good thing about Eclipses is that generally you can trust the direction they are guiding you in. Trust whatever is unfolding in your life as natural to the cycles of transformation and change and know that it is all for a higher purpose.

On January 11th, Uranus ends its retrograde motion in Capricorn. This will be an awakening of our romantic and creative sides, ending a time of stale passion and artistic wall-hitting.

January 12, Saturn Conjunct Pluto in Capricorn – Capricorn is the leader of the Earth signs, ruler of Saturn. It is a stabilizing force, one of the hardest-working signs of the Zodiac. Saturn implies restrictions and limitations, which serve as a barrier to progress until certain changes are made or lessons learned, and when, in association with Pluto, the way forward is conditioned by the need for an inner transformation to occur. It is time to accept change and go with the flow. Listen to your intuition and listen to the advice of professionals. This is a slow, evolutionary process that builds new foundations on which to prosper in the coming years.

January 16, Mercury enters Aquarius – Mercury is the Planet associated with your relationships with others. Aquarius is the Sign of friendship, of social connection, and of progressive thinking. Intelligence matters more with Mercury in Aquarius, as we can break out of our usual patterns of perception to understand the world from different angles. Cooler heads allow us to step out of the shadows of emotion and discover new concepts. Although you may find yourself to be a deep and serious thinker during Mercury in Aquarius, your thoughts may be disconnected from your emotions. This may lead you to conclusions that are surprising to those who are more compassionate and less intellectual, which could create some conversational difficulties. Think before you speak, especially during this time.

January 17, The beginning of the Third Quarter Moon and the Moon is in Libra – The Moon is hidden in the bright daylight, becoming visible only a few hours before and after sunset as it sets in the western sky. This Moon Phase takes a hard look at our interpersonal lessons. The scale is not only a symbol of balance, but also is about decision-making and listening. This transit concerns cooperation, harmony, focus on relationships, and fine artistic pursuits. The Moon in Libra opens our sociability, brings a friendly vibe to our life and encourages us to connect with each other. Family relationships flow in harmony and peace. Mutual understanding with the intimate partner is better than usual. This can also be a favorable time for the beginning of a new romantic relationship.

January 20, Sun enters Aquarius – This Aquarian energy shifts us into a time of spiritual awakening, psychic insights, friendliness and increased magnetism. This will be a breath of fresh air after the serious Capricorn energy we’ve been working diligently with. Our intuition kicks into gear because an air and water element sign means the energy is concentrated towards the upper three chakras, where the pineal and pituitary glands are located. When the Sun enters Aquarius, we become much more action-oriented, not wanting to wait around for things to happen.

January 22, Conjunction of the Moon and Jupiter!

January 22, Conjunction of the Moon and Jupiter – Jupiter, the largest planet of the solar system, will get close to the Moon in the morning sky. The two will share the same celestial longitude as they make a close approach to each other. This Moon conjunct Jupiter transit makes you feel happy and content. You will want to share your good mood, making this a good time for socializing and partying. This is a time of optimism, generosity and good fortune. Luck is on your side, but what should be most rewarding should be your emotional and spiritual growth. A range of diverse relationships and cultural experiences can enrich your life in personal and material ways if you want them to.

January 24, New Moon in Aquarius – New Moons offer the opportunity to forge a new path. Today’s New Moon in Aquarius asks us to get crystal clear about what we want to grow more of in our lives. While fighting for noble causes often appeals to you, this Lunation is more about personal freedom. Standing up for yourself may not always be popular, but this event isn’t about winning others’ approval. It’s about being true to your own needs and your right to be a unique individual. This New Moon is a green light—but it’s the last of its kind until the spring. The New Moon in Aquarius also reminds us of how much personal power we have when we use it to make things happen. Use it wisely.

January 27, Venus conjunct Neptune in Pisces – Venus represents aesthetic beauty, and Neptune is all about imagination and inspired vision. Together in the sign of Pisces, some very beautiful and inspirational results can be produced…or at least conceptualized during this transit. This Venus-Neptune conjunction in Pisces brings the ultimate “rose-colored glasses” effect, and your desire for your dreams or fantasies to come true may often not be a reality. During this transit, Venus conjunct Neptune makes you a romantic, an idealist and a dreamer. This is an excellent time to let go of any expectations of what you want others to be, so that you can get a glimpse of who they are behind any image they may project or that you create.